Counting Down To Leaving You 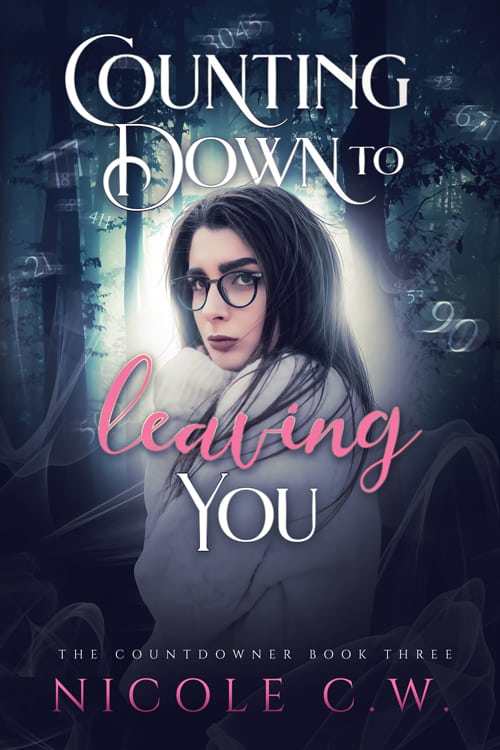 As time dwindles away, minute by minute, I cherish every moment with you.

Never had Hailey thought that Ethan and Caden, the two most important people in her life, would put her in a predicament.

Ethan, who is suspicious of Caden’s manager, Elijah Velasquez, warns Hailey to steer clear of him. But when Hailey refuses, he resorts to drastic measures that shake up her feelings for him.

Caden, on the other hand, confronts her with a surprising revelation that could possibly break their twenty-year friendship and sever the bond they have forged since they were toddlers.

When Hailey goes missing, can Ethan and Caden cast aside the animosity for each other and stand united against a common enemy?

*Counting Down To Leaving You, a paranormal romance novella of 24k words, is the final installment of a complete trilogy.*